Sign In | Register
the Open Tutorials
Program the Mind!

The Java Message Service is a Java API that allows applications to create, send, receive, and read messages.
The JMS API defines a common set of interfaces and associated semantics that allow programs written in the Java programming language to communicate with other messaging implementations.
The JMS API enables communication that is not only loosely coupled but also,

A JMS application is composed of the following parts:

There are two types of JMS administered objects:

Administered objects are placed in a JNDI namespace by an administrator. 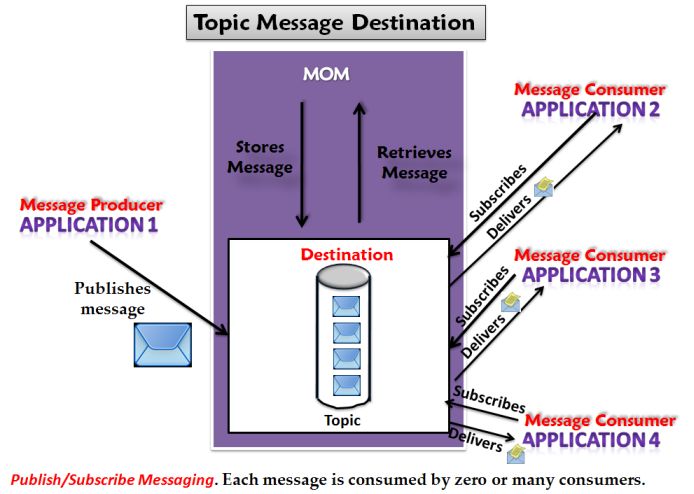